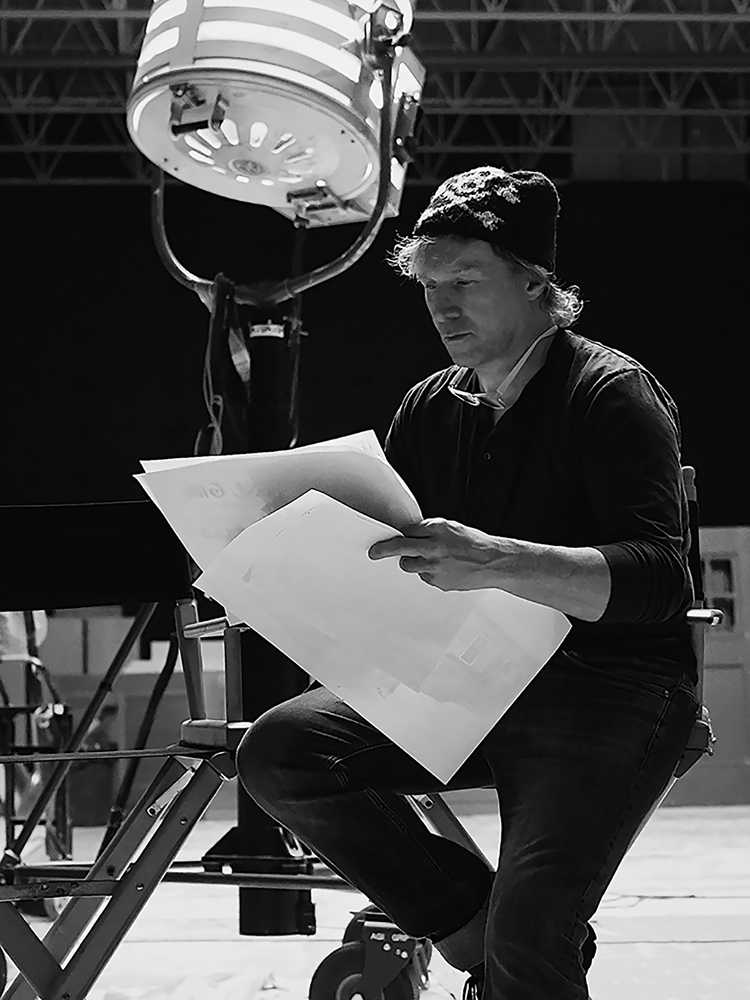 A note from Diane: I’ll be interviewing Nelson Coates live on ZOOM on Wednesday, Jan. 12th at 11 am PST/2 pm EST. It’s going to be an amazing hour with Q&A, too! Just email me at Diane@DianeArmitage.com for a zoom link. (It will be recorded for you, too.) Here’s one of the original articles I wrote about Nelson …

On Thursday, June 10th, the movie adaptation of Lin Manual-Miranda’s blockbuster Broadway musical, In the Heights, debuts in theaters and online at HBO Max. In the Heights was Miranda’s first big success on Broadway from 2008-2011. It was such a giant hit that the $10 million production had recouped every penny in just 10 months, Miranda is also the playwright/creator behind his more recent hit, Hamilton. (You’ll see him in a funny cameo in the Heights movie).

This movie’s debut is particularly sweet for two reasons:

First, it was supposed to debut in the spring of 2020, but COVID stopped it in its tracks. While this was a giant disappointment to everyone involved in the making of the film, most people would agree that the timing is even better now as we all begin to emerge – somewhat exhausted, tattered and relieved – from a year that put the brakes on the entire world. This movie is going to have so much more impact now than it would have had a year ago.

In The Heights is a particular triumph, though, as every single aspect of the “look and feel” of the movie features the unfathomably creative mind of our own Laguna Beach-based Nelson Coates.

After Nelson’s giant success as Production Designer of his over-the-top, gilded world of Crazy Rich Asians, that movie’s Director Jon Chu brought Nelson along into his next two projects, Apple’s Home Before Dark (fabulous series based on a true story) and the movie musical, In The Heights.

I still don’t know how Nelson became such a dear friend to me, but I feel especially privileged to be in this guy’s world. He’s like Willy Wonka, ever and always spinning incredible creations as he accesses nothing more than his “sheer imagination.”

And, as Nelson sat next to me, I … well … basically cried through the entire movie. Seeing his talent on the big screen is overwhelming. Nelson is simply one of the most magnificent talents I’ve ever known. Everything he touches comes to life in such a unique and memorable way.

Productions Designers play a much bigger part than most people realize

Nelson has created the look and feel of movies across the gamut, from rom-coms such as The Proposal (Sandra Bullock, Ryan Reynolds) to feel good movies such as The Big Miracle (Drew Barrymore, John Krasinski), and to dramas such as Flight (Denzel Washington), Secret in Their Eyes (Julia Roberts, Nicole Kidman), Runaway Jury (John Cusack, Gene Hackman, Dustin Hoffman), and most recently, The Morning Show‘s second season. The list of movies, series and TV shows he’s touched is enormous.

Nelson scouts off-limits swimming pools and high rises and finds ways to negotiate their use in his movies. He creates entire towns on set in other towns that lie thousands of miles from where the purported city resides. He turns monkey-infested grass shacks into palaces. His crew takes over city blocks of his choice, and he helps choose color and style of basically anything you see in the frame, directing one set creation after another. Even the painted graffiti murals in In The Heights are done by his hand … he just gets up on scaffolding and goes to work.

He loves to work out puzzles and impossibilities. As an example, in the Heights movie, he discovered an ultra-modern brownstone and toiled for days to transform its interior into a grandmother’s homey apartment so that the lead actor (Usnavi) could walk from his home to the bodega. Nelson welcomed the added work because this angle of the lead actor’s walk would better introduce the neighborhood cinematically with a backdrop view to the George Washington bridge. (Of course, this is something we would all think about, right?)

Nelson’s depth of detail is so intense that it takes multiple viewings of the same movie to try to catch all the many tiny touches and “Easter eggs” that serve as shout outs to his closest friends, family and mentors that he continues to honor along his path.

Acting on a great big dream

In The Heights, is what I would consider Nelson’s greatest achievement to date. Of course, it will take the world by storm. But, even more importantly, it tells the story of how his decision brought this opportunity to his front door.

(I’m writing in layman’s terms as I understand it, so bear with me if you’re in the industry!)

A theater talent himself, Nelson was a giant fan of the Heights Broadway musical. He told me it moved him to his core. He discovered that the theatrical production was being converted into a screenplay and he began to follow that path like a bloodhound dog.

The script was initially purchased by a now defunct production studio and was subsequently tied up in legal red tape. Once it was freed up, there was a mad rush by other studios to purchase the script. It finally landed at Warner Bros., and word eventually began circulating that Director John Chu (also a giant fan of the musical) was under consideration to be the director of the movie.

For Nelson – a longtime admirer of Jon Chu’s early work – this news was like winning the lottery.

Once he knew that Chu was attached to the In The Heights project, Nelson decided to get involved in any and all projects Chu was involved in. By securing a place on Chu’s team, Nelson hoped he could prove himself worthy of the In The Heights movie, even though he still had no idea when or if it would ever go into production.

Nelson told his agent to get him in front of any hiring entities for any project Chu was working on, and he began working on inside connections to assure the same. While Nelson continued to accept high-ranking films, he always kept a space open for the eventual Chu assignment.

It was two years later that Nelson was chosen as Production Designer for Crazy Rich Asians (CRA). Even as CRA dropped into the August 2018 gate for its debut, no one ever dreamed it would take flight the way it did. It has since become the highest-grossing romantic comedy of the decade. The working partnership between Nelson and Chu proved golden.

And, then … Chu chose Nelson for In The Heights.

Working with the Law of Assumption!

There aren’t many people who take action on a big dream, especially when there are a significant number of rather intimidating “this has to happen first” events between you and the big dream’s achievement.

When Nelson made his decision 10 or so years ago, he wasn’t sure that the In The Heights movie would even be given a green light to be made, let alone that he would be in the selection pool for its production. He wasn’t sure he would ever secure a working position next to Jon Chu – at the time, he didn’t even know the man. He had no idea he would find himself in Singapore and Kuala Lumpur for months on end to bring a best-selling book to life on the big screen.

But he was willing to take the risk.

He believed in his gifts.

He gave every ounce of energy and creativity to Crazy Rich Asians and every other project he worked on.

And he always left space for that day when the call would come on In The Heights. Now THAT, my friend, is putting the Law of Assumption to work.

There you have it – a textbook story on making decision, EXPECTING success and still moving your feet to close that gap daily between the dream and its reality.

The entire In The Heights movie is about never giving up on your dreams. How fitting, then, that Nelson Coates achieved his own dream on the same streets he created in the Heights.

A note from Diane: I’ll be interviewing Nelson Coates live on ZOOM on Wednesday, Jan. 12th at 11 am PST/2 pm EST. It’s going to be an amazing hour with Q&A, too! Just email me at Diane@DianeArmitage.com for a zoom link. (It will be recorded for you, too.)