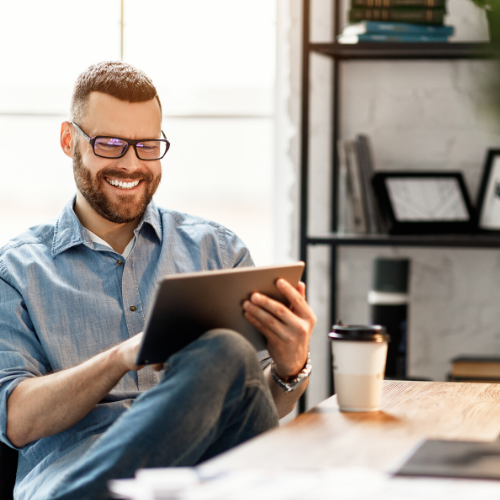 Two great things about yourself.

One … you’re a LIMITLESS human being … which probably ranks bigger than just “one great thing”.  And, two … you have just as much ability to make things happen as ANYONE out there, no matter how giant those people may seem to be to you right now.

Why do I call you a “LIMITLESS human being?”

Big word.  Unless we confirm that aliens actually do live among us; we human beings are the HIGHEST FORM of creation on this planet.  You’re not just a BODY going through the motions every day.  And you’re not just a BRAIN acting as the giant switching station that puts your body into motion.

That dog or cat you have now … or that guinea pig you had as a kid aren’t the highest form of creation on the planet because they’re missing one very important thing – they aren’t able to imagine. They aren’t able to become anything beyond what they were put on this earth to be. Example, your dog doesn’t wake up one day and decide he’s going to become the next Dwayne Johnson or choreograph the next Dimitri Vegas & Like Mike show.  He just knows how to be a dog.

YOU, however, have CHOICE.  You can dream anything you want to dream. And, when you get your imagination chugging along those tracks, everything starts to speed up. Before you know it, you’re actually thinking you’re some kind of god or goddess like all the rest of those big successes out there.

It’s high time you figure out that you can actually become ANYTHING or ANYONE you choose to be.  Once you recognize that you’re limitless and god-like, you ALSO recognize that you have the same OPPORTUNITY as anyone else anywhere.

Think of “opportunity” as that lucky chance that’s ALWAYS around.  It’s ALWAYS in your corner.  It never goes away.  It doesn’t just show up when the planets align.  It always stays awesome. It doesn’t ever think you’re a dinky human.  And it doesn’t even consider the word “IF” – not even in its vocabulary.

Lucky chances, which I call “opportunities”,  only show up for people who BELIEVE those chances are going to show up. It’s really important to start thinking about your new direction without ANY IFs.   For instance, you’re dreaming away, letting your imagination fly on how you would REALLY like to be living your life.  And out of nowhere, you start thinking, – “IF this could happen, then I could have THIS;”  “IF I could only go to that school, then I could be THIS;”  “IF my parents were rich, then I’d be able to go HERE;”  “IF I had the money, I’d be able to do THIS;”  “IF I was taller … if I was shorter … if I had the brains of Lady Gaga … if I had the brass balls of Eminem … if I could look just ONE day like Brad Pitt.

Remember.  The word “IF” does NOT belong to YOU.

You can HAVE anything you want to have.

You have as much opportunity and chance as anyone else out there.  The only “IF” I’m going to ask you to put in a sentence is…IF you could BE, DO or HAVE AN-Y-THING you want, what would it be?

Start spooling your mind.  Ask yourself.  What would your life look like if it was your perfect day’s invention?   You’re no longer just the fan on the sidelines. You’re no longer the sudden-lucky-THOUGH-dinky-human who gets to hang out with people like Rihanna and Lady Gaga for a day or even a week. This isn’t some kind of Instagram contest win.

This is you CONSTRUCTING your life.  Ask yourself about the kind of person you would want to be?  What do you really love to do?  Think about it.  Record it in your journal.   Remind yourself that if you can dream it, you CAN find a way to live it in real life.