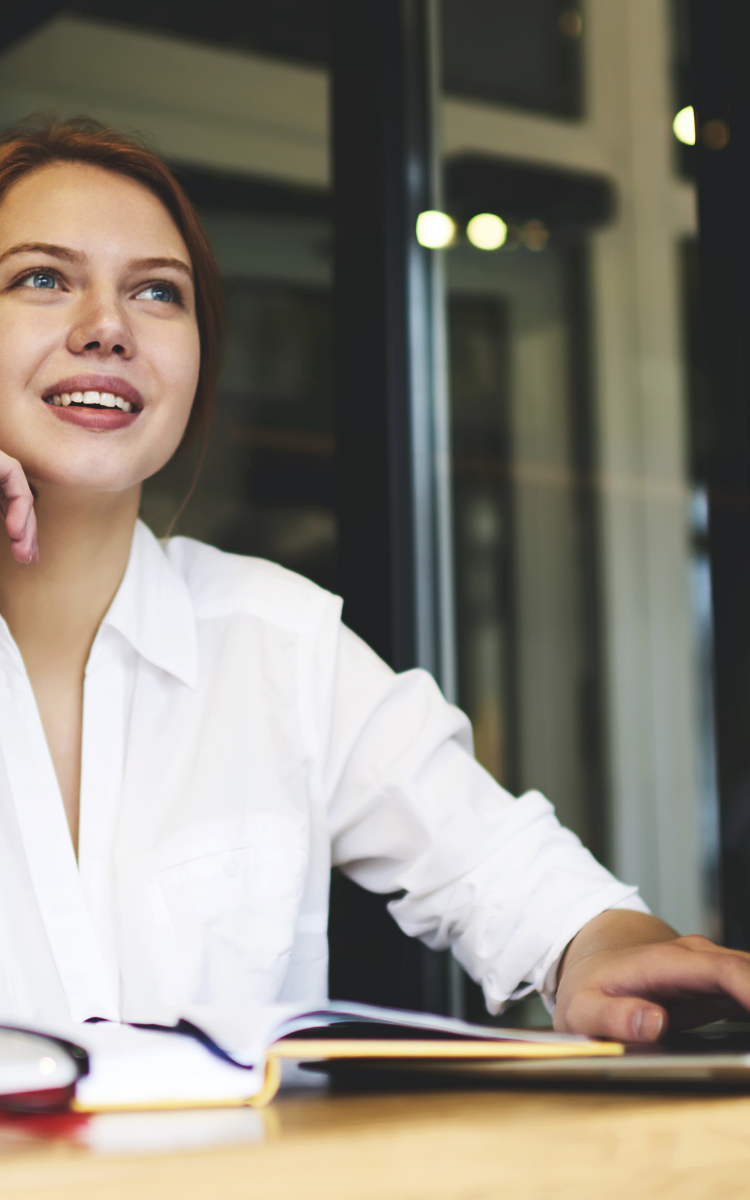 In my previous blog, I asked you to think about a REALLY BIG thing that you want. Like a crazy thing. If you mentioned it to your best friend, they’d look at you with THAT look.

Did you get that in your head yet?

OK, let’s face facts here cuz I know this has just happened to at least one of you out there . . . you might have gotten the big idea in your head and it scared the crap out of you. It seems absolutely ludicrous. Impossible. Stupid to even imagine. I get it … sometimes those big ticket items take some getting used to.

Believe me when I say that this is just a head game.  Let me assure you for the 100th time – that genie inside of you knows how to get shit done.

One of these days (hopefully today but if not today, ONE of these days) you’re going to trust your own power. But, if it just seems too far out there, I just want you to know that you have my permission to start smaller.

But, if it’s easier NOW to imagine achieving a goal that’s slightly smaller than being the first woman to Mars or winning a gold medal in swimming or making a million dollars before you’re the ripe old age of 22,  you can do that.

Bottom line, it doesn’t matter if your goal is big or small … EVERY GOAL FOLLOWS THE SAME RULES. Sometimes, you’ve got to prove it to yourself with a slightly smaller goal.

I could go on and on, but the truth is – YOU know what you want. You just need to pick something. Again, it doesn’t matter if it’s big or small in your mind … size doesn’t matter here folks … size does NOT matter. 😉

What matters FIRST and only first is that YOU REALLY WANT IT.

Whether YOU think your goal is big or small, your genie could care less. It doesn’t know the difference. Remember that stuff I told you about your Conscious Mind and your Subconscious Mind?    Your Conscious Mind is the one that dreams up the idea – it’s what THINKS about a new idea, a new goal.  Good or bad, healthy for you or not healthy for you, what you THINK about repeatedly and get emotionally involved in your Subconscious mind (i.e., genie guy)  just shrugs and makes it happen.

So, yes, if you’re more comfortable thinking about a smaller goal to work through this exercise, OK by me. Eventually, once you figure out how easy this is,  we’re going to be graduating you from the kiddie pool into the big kids’ pool.

If you’ve decided to kick around there in the kiddie pool for a while, perfectly fine. I’m going to yell over to you from the big people’s pool for the next few minutes.

I want you to think for a moment about people you know or read about or follow who have achieved GREAT BIG THINGS.   In your opinion, they live a dream life. Maybe millions of people know about them or what they’ve invented or created. I’ll give you a sec’ to think of a couple people.

OK, got those people pictured?

When it comes to deciding on going after great big goals, I’m going to share THREE secrets that ALL great big achievers have understood when THEY first decided to pin their hopes to a great big goal.

First, and most obviously, they were nobodies, at least in the public eye. If you think you’re a nobody, now you know you’re in great company!  But consciously or unconsciously, they knew and saw and felt this little spark inside them that somehow seemed quite capable of achieving the impossible. In other words, they sensed the genie guy and they knew he had their best interests at heart.

Second, as much as you think you’re too old to listen to me say this next word, I can assure you that we’re ALL…NEVER… TOO OLD…to use our IMAGINATION.

Get over this whole thing about imagination being for kids under the age of 7. Every giant success that you admire made that success happen by FIRST engaging their imagination … Lady Gaga. Walt Disney. Bill Gates. Kobe Bryant. Justin Timberlake. The guy who thought up “Minecraft.” That little group of buddies who created Tik Tok. The influencers you see on Tik Tok.

You’ve GOT to let the animal out of its cage, my friend. Let it get its legs. You’ve got to SEE this thing you want in your mind, in full, technicolor detail AS IF you’ve already achieved it.

Your imagination is your miracle maker. It’s the thing that shakes your genie awake.

And the second thing that makes a goal great?  You have absolutely no frigging idea how you’re going to achieve it. Seriously!  How crazy is THAT, right?   Well, that’s exactly it. If your big idea seems really whacked, you’ve probably just dreamed up a hell of a worthwhile goal.

NONE of the people I just mentioned had ANY IDEA how they were going to create what they created. None of them could see how they would become what they became.  They let their IMAGINATION roll.

They built this amazing picture in their head of BEING at the END, already having this thing in their lives. They let themselves feel EMOTIONAL about it – happy, thrilled, ecstatic, satisfied, whatever as if they already accomplished it.   And they kept REPEATING it. They kept getting out of the pool and patterning back up to that water slide in their head. Because every one of them knew, their genie was there waiting at the bottom of the slide.

Today, my friend, is the day you start lying to yourself.  In a good way!