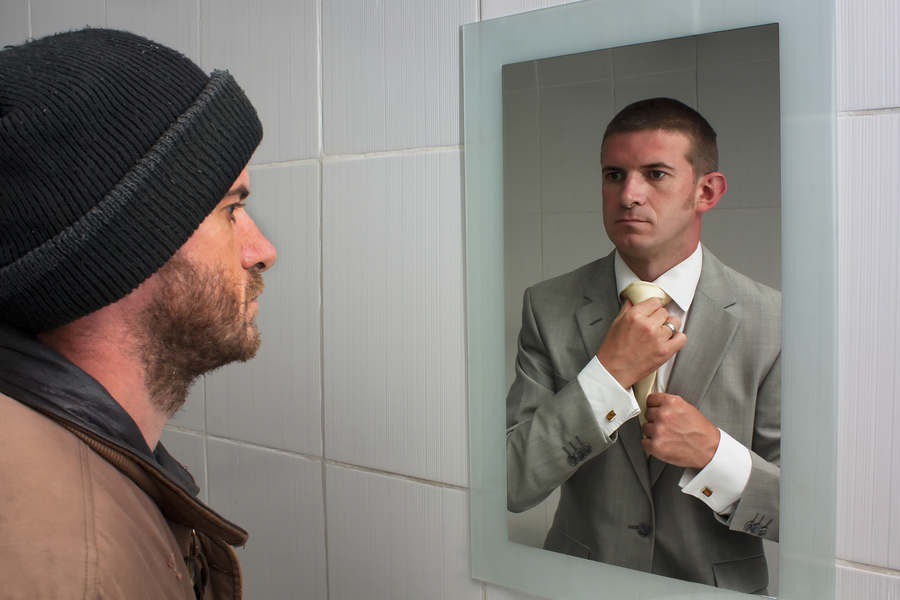 In the first two blogs, I’ve been calling you a limitless human being and that can come off as deranged.

There’s this part of you on the INSIDE that sits around knowing you’ve got a lot more power than you’re using, and wondering when you’re ever going to get your head on straight about it. Somewhere along the way, and usually from a multitude of reputable sources like parents and teachers and friends and not-so-friends, you were assured that you were just a dinky human.  Or, at least nothing beyond average.

“Dinky” and “average?”  NEVER a good thing to refer to yourself, especially when it comes to showing up for your life.  Unless they’re frenemies who have every intention of taking you down, all those other people in your life who got you thinking in dinky and average terms didn’t MEAN to do you harm. Most people like playing in their comfort zone, and they want YOU to play there, too.

A lot of people out there think it’s just better to keep your head down and stop doing that peacock thing so that everyone just gets along better.  Like everyone is the same.

Time to stop being a crab, my friend.

There’s a great story about a guy walking on a boardwalk where this live seafood market is going on. And he sees this giant barrel of live crabs, all crawling over each other, and there’s no lid on top of the barrel to keep them in. So he says to the guy selling the crabs, “Aren’t you afraid they’re going to escape?”

And the merchant says, “No, never. Any time one of the crabs gets near the top of the barrel, the others just pull him back down again.”

You may have lived your whole life in a barrel of crabs. You might have had an inspiration or a great idea or tried something new … and you were reaching up … climbing your way up … and somehow you just got pulled back into your barrel of co-crabs.

You’re the only YOU living YOUR life. It’s time you got on your game and got out of that barrel.

One of the things we’re going to be focusing on is getting you to recognize the “crab-like” behavior that’s been programmed in your mind. For years now, you’ve had all sorts of other people’s thoughts drilled into your mind. Some of it’s good programming – like never putting beer on cereal or never driving on the wrong side of the road. Most of it, though, is something you’ve unconsciously accepted for your life that’s really someone else’s THINK.

You’re on the right track doing this with us. You can create warp-speed change in your life by simply understanding a few basic principles that most people will never know or learn, no matter how smart they are.

JUST BE PREPARED because that programming I just told you about is actually called a “paradigm”.  Fancy word for a series of habits that are unconsciously programmed into everything you do in your life. I mean, EVERYTHING.  Your Motor skills, emotional knee-jerk reactions from past stuff that may have happened 10 years ago, and how you think of yourself as dinky or average. All those PARADIGMS in there are NOT going to be happy when you start shaking things up.

And this is one time in your life where you’re going to get permission to SHAKE IT UP.  I’m not saying that we’re going to suggest you do something illegal or unethical – that’s a really nasty boomerang that’ll clip your head right off your neck.  I’m talking about noticing when the programming or paradigm in your head decides it doesn’t like the new way you’re thinking.

See, any time you pop a new idea into your head, that’s a CONSCIOUS thought or idea.

New habits, new money, new success, better relationships.  Whatever the idea is, what you want can NEVER happen until that CONSCIOUS idea gets past the trap door of your SUBCONSCIOUS mind.

That new thought you’re thinking about what you want in your life, is like a new line of programming code. You’ve got to hack it into the existing programming code of your SUBconscious mind to get it to take.

Most hack attempts are booted out because firewalls are in play, right? The existing programming code recognizes something new that it didn’t authorize so … BOOM!  Hack attempt kicked to the CURB.

This is exactly how your mind works. If you really want that new line of programming to take over and, essentially, program OVER the existing code, you’ve got to be SLY.  You’ve got to be smarter than it. And you’ve got to know how to go in, and that it’s going to take REPEATED hacking efforts before you succeed.

Back to the point here. You want whatever that STUFF is, so you decide you’re going to make the commitment to the half hour or so each morning to go through these steps.

The first two or three days are easy. But then Saturday rolls around and your brain tells you that you’re really better off sleeping in, you’ll have plenty of time to do this stuff when you get up. So, you turn off your alarm, roll over and … GAME … OVER!! When you do finally wake up, you smell funny, you’re late, and you’ve got to rush through this little routine we recommend, IF you do it at all!

Your paradigm just won that little battle. And it only took, like, THREE DAYS!

OK, say you ignore that thought of staying in bed and you pop up and keep on track with this PrimeMind stuff.  But a couple weeks roll by, and NOTHING is happening. NOTHING is changing. What the hell? Something was supposed to happen NOW, right??   And THEN you think the terrible thought … “Dude! This stuff is CRAP!!”

This, my friend, is the SAME OLD PARADIGM. The one that talked you into staying in bed that one morning? SAME paradigm, but now it’s in STEALTH mode. You ignored it the first time, and now it’s gettin’ … sly.

Or, you keep doing this stuff, and you keep telling yourself that the results really are going to start showing themselves. And one of your FRIENDS comes along and tells you his or her  opinion – “Dude! This stuff is CRAP!!”

Know what that is??

NOW it’s recruiting people who USED to think, like you to tell YOU that you should go back to thinking the way THEY think which is the way you USED to think.

Did you get all that?

ANY-TIME you start acting on a new idea that you want for your life and you start feeling annoyed, irritated, bored, discouraged or just plain pissed off,  you’re basically UNCOMFORTABLE in some way, shape or form.  That’s your OLD paradigm doing some serious jiu jitsu on you so that you GIVE IT UP, FOR GOD’S SAKE! Come on! What’s wrong with same-same?

In the next few weeks, I’m just asking you to be more alert to what kind of thoughts show up. When you feel that you’re being CONVINCED to go back to the way it was, you know it’s GAME ON. That new paradigm you want for your life has to COMPLETELY override the old one, and this takes time, commitment, and AWARENESS of stealth mode ploys.

Keep thinking about what it is you really want.  No obstruction, no “IFs” – and I’m betting you’re going to hear some interesting crap pipe up. Very quietly at first and, really, very reasonable … telling you the whys and the hows of why it just can’t be done. You’ll get a kick out of this.