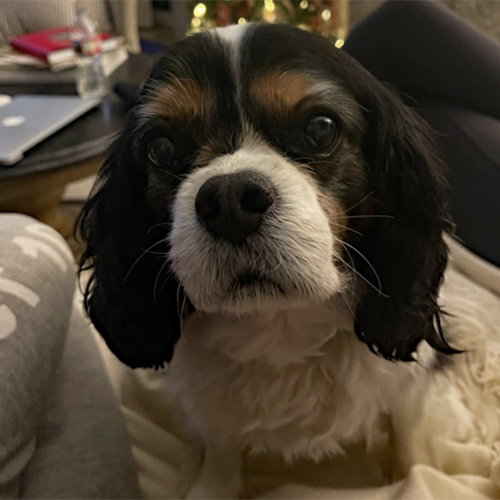 This is Henry. He’s my best friend’s dog. And, while he adores her beyond belief, he has a certain fondness and fascination for me, too. Henry and I love our reunions.

It’s been almost a year since I’ve hung out my my nephew dog, and he’s definitely aged since I last saw him. It was a rather tumultuous year for him, as it seems it was for many, many people – me included, and possibly you included.

Although I can’t say that I’ve heard a grizzly bear snore in person, I feel pretty sure that Henry snores like said bear. It’s extraordinary, really, that something so house-shaking can come out of such a small body. And Henry snores A LOT. The dude is tired – he’s worn our from his year.

But here’s the crazy thing:
If I stomp excitedly (because Henry’s deaf) and clap my hands, he wakes with a jolt (usually mid-snore) and LEAPS into the air like a 2-year old gazelle because he knows it’s his treasured WALK TIME.

And This is What You and Henry Have in Common:
You may feel worn out, wrung out and tired of this year. But on New Year’s Day, it’s all going to be instantly different!
Refreshed zing!
Lively life!
New direction!
Fancy prance in your step!

New Dawn, New Day. New Plan, New Way!
I get it. I always feel the same way at the New Year. I’ve already got my biggest goals locked and loaded for 2023 and – more important – I absolutely 100% know I’m going to achieve these biggest goals.

Why So Confident?
Because, I learned how to launch out of the New Year’s fabled Starting Gate with more than just a hope and a dream. I learned how to create a systematic and strategic, FUN way to achieve one big gargantuan goal after another.

And now, I’m personally teaching you exactly what I do. It’s a 60-day SERIOUS broad jump start. 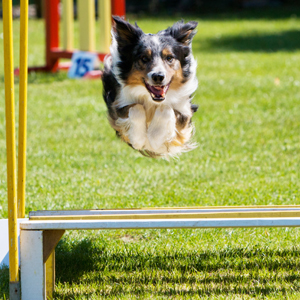 And you’re going to be as happy as this leaping dog here. I’ve called the program, “Outta the Gate 2023!” (I’m pretty sure it was Bob’s idea. He zings me every now and then with a humdinger of an idea.)

Outta the Gate, Baby! (Yes, I’m Pointing at You.)
Don’t make it just another New Year where the same goals end up on your list this year AGAIN and then . . . this time next year, you just transfer the same goals to NEXT year’s goal list.

Don’t make it just another New Year where you settle for less than what you KNOW you deserve. Because honestly, that just sucks.

Let’s start ACTING on your biggest dreams and actually do something about it in 60 days. Is it more money? Is it way more money? Is it better health? Is it starting that damned book you’ve been saying you’re going to write? Is it starting that brand new business or direction or passionate path you keep eyeing with skepticism, fear and doubt (but you still want it anyway)? Well, then, it’s high time you clicked here … or click this cool graphic here: 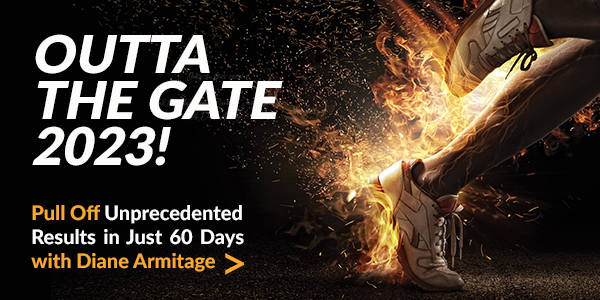 Repeat After Me:
No. More. Delays!
(This is your LIFE!)

Let’s get you rolling ASAP and into significant GROWTH and REAL-WORLD RESULTS in weeks, not decades. We both know you’re ready and you deserve it.

After 31 years of coaching international, big business clients in wacky-but-miraculously-workable marketing and business strategy + after 27 years of working day-in and day-out with Bob Proctor as his curriculum inventor and script writer, I’ve got to say I’ve rolled SO much into this short 60-day program that I 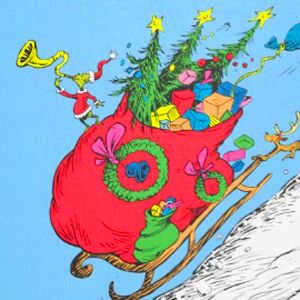 feel like the triumphant and gleeful Grinch racing down the mountain with that giant sleigh of all the gifts he’s returning to his Whoville peeps.

That’s right. Pretend you’re the Whoville peep because it’s all coming your way. I’ve even priced it at a price that makes it super amenable to work with me. See how I can help you, first hand, change up your life for good.

Let Me Repeat That:
Change Up Your Life For Good.
Because your life deserves more than the usual
New Year motivational 3-week high that dissolves
into that grizzly bear snore at Week #4.

Click to see all the stuff you’ve got in your Whoville sleigh and let’s all start Outta the Gate in 2023!